How Futsal Can Elevate Your Game on the Court & the Field

Elevating your game is more than a catch-phrase at Cool Springs. We believe in providing the best programming possible to help our players of all ages be at the top of their game. One of our favorite programs to amp up players’ game is Futsal. Our winter Futsal programs start soon, so we thought this would be a prime time to take a look at what Futsal is and why anyone who loves soccer should check out this fun and amazing game!

Simply put, Futsal is a type of soccer. However, there are several key difference between the two sports. Futsal is played on a hard, basketball-style court with no walls. It also utilizes a smaller, low-bounce ball and teams consist of five players. It’s often referred to as Five-a-Side Soccer or Mini Soccer.

Futsal was first created in 1930 in Uruguay by Juan Carlos Ceriani in an effort to create a five-per-side sport for YMCA youth competitions. Following Ceriani’s development, the game spread like wildfire throughout South America, particularly in Brazil. This love of Futsal remains to this day, with Brazilian soccer superstars like Pele, Zico, Socrates, Bebeto crediting their skills to a lifetime playing Futsal. Today the game is played world-wide, from Europe to North, South, and Central America, as well as throughout Africa and Asia.

Because Futsal is played on a smaller space and with a different type of ball and surface, it is often seen as a great compliment to traditional soccer. Futsal encourages heightened reflexes and is credited by many professional soccer players with improving their footwork and ball-handling skills. It also offers players some variety to keep the game fresh and exciting.

Why Futsal at Cool Springs?

Justin Evans, former professional soccer player and coach, heads our Futsal program at Cool Springs. Evans brings over two decades of hands-on experience to his dynamic youth Futsal training programs.  Evans’ organization, the Next Level Futsal Academy, focuses on improving players’ overall ability while fostering the love of the game. Evans’ experience first as a Major League Soccer Player, then as a coach, makes him a phenomenal trainer guaranteed to improve your game in every way.

Next Level Futsal Clinics and Leagues for boys and girls ages 6-14 begin soon! Sign up today to learn an amazing game with one of the best coaches in the industry! 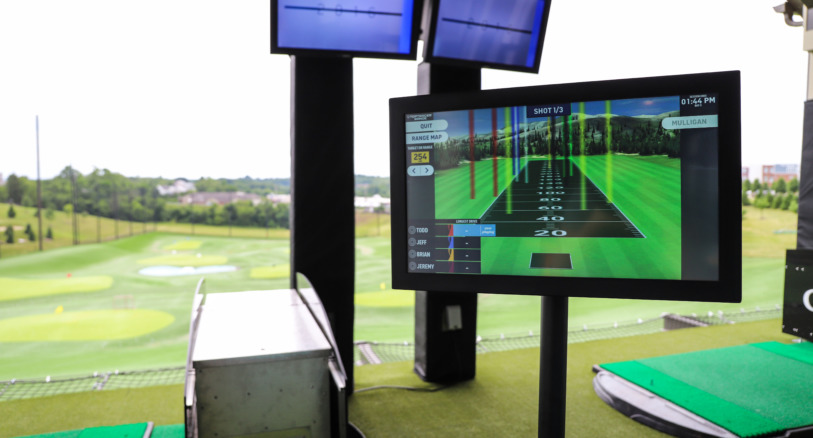 The Future of Driving Ranges is Here at Cool Springs.